The perceived level of corruption – defined as “the abuse of public office for private gain” – among New Zealand politicians and public officials.

Corruption undermines democracy and the rule of law, and threatens domestic and international security. Corruption also has adverse social and economic consequences for a country. The Corruption Perceptions Index (CPI) is a good proxy indicator of the values and norms that underpin public institutions, scoring countries on a scale of 0 (highly corrupt) to 100 (highly clean). 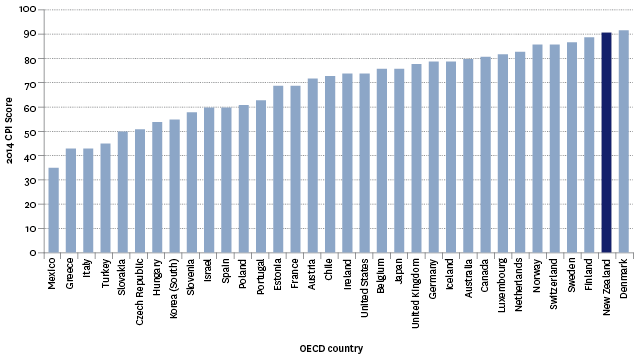 Data for this section can be found at: www.socialreport.msd.govt.nz/documents/2016/cp6.xlsx